Fluids released by dehydration reactions in subducting slabs can result in dissolution and related mass transfer upon migration to the mantle wedge. In their paper, Van Schrojenstein Lantman et al. study garnets and their mineral inclusions to unravel the extent of fluid-rock interaction in quartzite and garnetite lenses from the ultrahigh-pressure Lago di Cignana unit in the Western Alps of Italy. The authors constructed a record of metamorphism and fluid-rock interaction by combining garnet composition, zonation, microstructures, and inclusions. Their results indicate a high degree of compaction by dissolution of quartz and carbonates. The less soluble garnet was concentrated into garnetite as a result of the matrix of the rock dissolving. Within the garnetite, garnet dissolved and deformed by pressure solution. The proposed process constitutes an entirely new mechanism for the formation of garnetite and provides an example of the potential of fluids migrating through the slab to drive deformation, compaction, and related mass transfer, even at low differential stress. 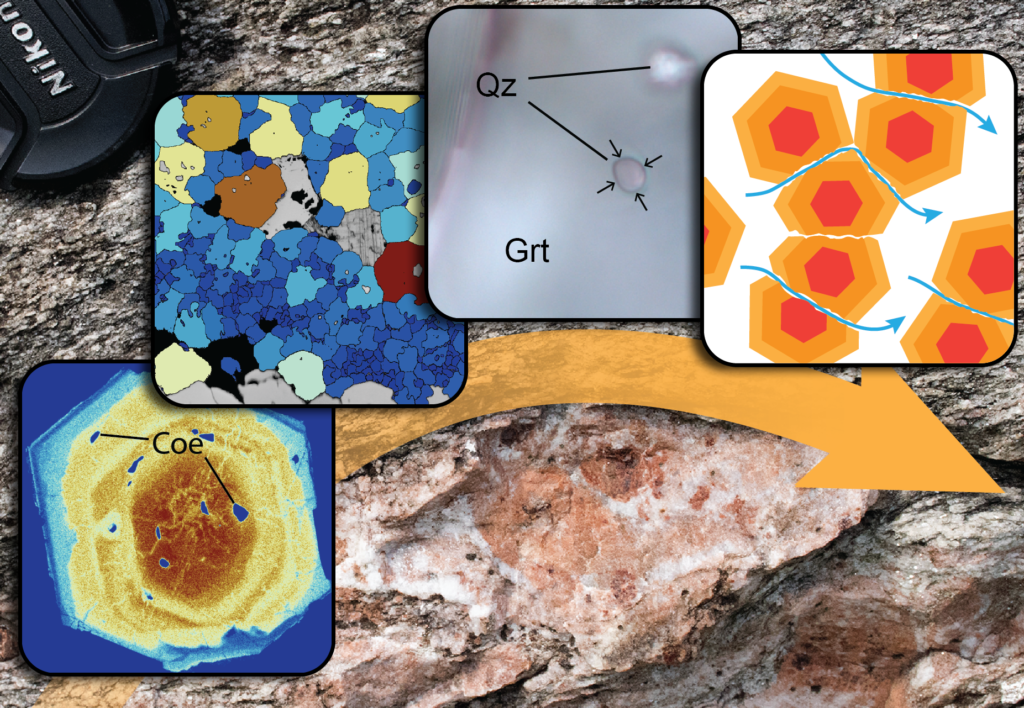